Having worked with Bulla Dairy Foods for over eight years, the Mkt. team are no stranger to a Choc Top (or two!).

When cinemas were one of the first establishments to close down due to lockdown laws amidst the coronavirus crisis, many Aussies took to their couches to recreate the cinema experience – but an important part of the iso-movie night was missing – the iconic Bulla Choc Top!

With Choc Tops normally exclusively sold in cinemas, Bulla collaborated with retail partner Coles to quickly shift the usual distribution model and sell the frozen treat in Coles supermarkets for the first time ever.

But Aussies had to be quick to get their Choc Top fix, as the promotion was only set to run for two weeks.

To support the activity, Mkt. worked closely with Bulla and Coles to launch a PR program announcing the news and encouraging Aussies to recreate the authentic movie night experience in their own homes.

Additionally, with Australian cinemas looking set to open their doors again soon as restrictions eased, we used creative press pitching to tap into this excitement and create a viral news story.

The Choc Tops were also a hit with broadcast media. We heard presenters at 97.3FM delightedly review their supermarket brought Choc Tops, were able to deliver a shipment of the frozen treat to the Nova team and Channel 9 TODAY presenters debated their favourite flavour live on air.

Aussies rushed to the supermarkets to pick up their much-missed Choc Tops for their home movie nights, purchasing more than 100,000 ice creams in the first two days alone. Before the end of the second week of the promotion, the Choc Tops had all but sold out.

We are proud to have been working collaboratively for so many years with one of Australia’s most loved and oldest family owned and run brands. While Bulla’s traditional values of providing unfakeable products always made with fresh milk and cream remain, it’s the innovative and creative ways that we are able to continue telling stories together that keep this Aussie icon in the hearts (and fridges and freezers) of customers nationwide. 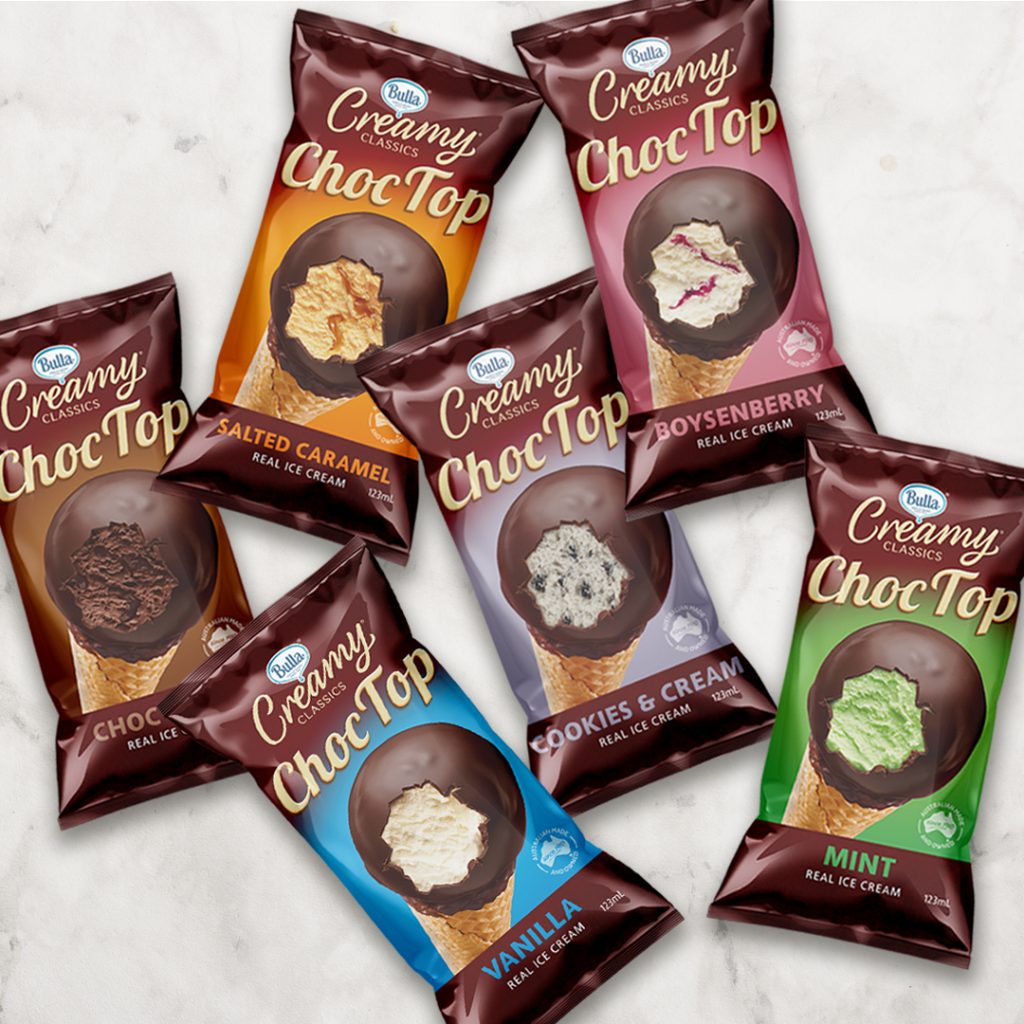